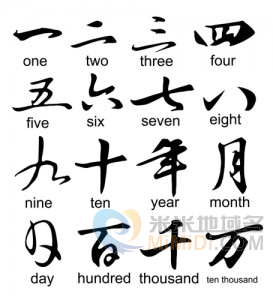 My fascination with numbers in Chinese culture started in front of a newspaper stand in Shanghai. I was about to purchase my first Chinese sim card associated to a phone number and the clerk presented me with a number of options. Oddly enough, I noticed that the numbers had different prices, with the numbers containing more 8s being priced higher.

I asked the reason why – my Chinese friend promptly explained to that the number containing more 8 were more expensive because considered lucky. Coming from Italy, which is a very superstitious country where we usually think about luck: “It’s not true – but I believe in it”, I resorted to paying the equivalent of $7 to get a phone number containing 3 consecutive 8s.

THE MARKET OF NUMERIC DOMAINS

Coming back to the domaining industry, Elliot Silver recently quoted in a recent blog post that the value of numeric domains seem to have peaked in the past few months. Almost every broker or aftermarket newsletter is now featuring premium numeric domains for sale at increasingly higher prices.

I think there are several reasons for this peak in value:

The ability to quickly cash in on an asset considerably increase its value. If you add to this the buzz about bitcoins and other forms of virtual currencies you understand why numeric domains are becoming so popular. There are only a few domains that have this attribute, namely LL.com, LLL.com and CVCV.com – with numeric domains being the more “appraisable” ones. The current market FLOOR prices (using very conservative values) for these type of assets are:

Numeric domains are sought after mostly by Chinese buyers – we can safely say that 80% of the players in this market come from China. The reason for this is because Chinese businesses have historically used numbers or pinyin versions of Chinese characters to brand their websites. English keyword domains are difficult to remember for native Chinese speakers, therefore most of the popular websites in China use numbers (eg 163.com) or pinyin (Baidu.com, Youku.com etc.). Add to this the limited supply of only 100 NN.com and 1000 NNN.com, then you can quickly understand the rising value.

We have seen quite an increase on the average price of numeric domains recently with some of the most notable transactions including:

MEANING OF NUMBERS IN CHINESE CULTURE

A couple years ago I had a conversation with one of my Chinese clients – when asked about his criteria to price numeric domains he said: “you should spend many more years in China to understand the meaning of Chinese numbers”.

Not discouraged by his statement and, feeling a bit like in the movie Lost in Translation, I made my own research. While it is impossible to cover the whole subject in a blog post, this is what I found:

0. The Number 0 (零 or 檸, Pinyin:líng or níng) is a whole number and it is also an even number for the money ends with 0.

2. The number 2 (二 or 两, Pinyin:èr or liăng) is most often considered a good number in Chinese culture. There is a Chinese saying: “good things come in pairs”. It is common to repeat characters in product brand names, such as double happiness, which even has its own character 囍, a combination of two 喜.

3. The number 3 (三, Pinyin: sān) sounds similar to the character for “birth” (生, Pinyin: shēng), and is considered a lucky number.

6. The number 6 represents wealth in Cantonese, this number is a homophone for (祿 Lok). 6 (六, Pinyin: liù) in Mandarin is pronounced the same as “liu” (溜, Pinyin: liù) and similar to “flow” (流, Pinyin: liú) and is therefore considered good for business.

7. The number 7 (七, Pinyin: qī) symbolizes “togetherness”. It is a lucky number for relationships. It is also recognized as the luckiest number in the West, and is one of the rare numbers that is great in both Chinese and many Western cultures. It is a lucky number in Chinese culture, because it sounds alike to the Chinese word 起 (Pinyin: qǐ) meaning arise, and also 气 (Pinyin: qì) meaning life essence.

8. The word for “eight” (八 Pinyin: bā) sounds similar to the word which means “prosper” or “wealth” (發 – short for “發財”, Pinyin: fā). There is also a visual resemblance between two digits, “88″, and 囍, the “shuāng xĭ” (“double joy”), a popular decorative design composed of two stylized characters 喜 (“xĭ” meaning “joy” or “happiness”). The number 8 is viewed as such an auspicious number that even being assigned a number with several eights is considered very lucky. To give you an idea about the obsession that Chinese have with the number 8, here are a few interesting facts:

Most airlines, including United Airlines, KLM, Air Canada, Cathay Pacific and Singapore airlines reserve their flight numbers starting with 8 for flights to Asian destinations, especially China and Korea.
A telephone number with all digits being eights was sold for USD $270,723 in Chengdu, China.
The opening ceremony of the Summer Olympics in Beijing began on 8/8/08 at 8 seconds and 8 minutes past 8 pm local time (UTC+08).
A man in Hangzhou offered to sell his license plate reading A88888 for RMB 1.12 million (roughly $164,000 USD).
The Petronas Twin Towers in Malaysia each have 88 Floors.
Even the online poker and casino operator 888 Holdings (owner of 888.com) chose its brand carefully to attract Asian gamblers.

9. The number 9 (九, Pinyin: jiŭ, jyutping: gau2), was historically associated with the Emperor of China, and the number was frequently used in matters relating to the Emperor. It also symbolizes harmony.

4. The number 4 has such a negative implication that Asians in general, and in particular Chinese, go as far to have a pathological fear called Tetraphobia. The reason is because the number 4 has the same sound of the word “death” (死 pinyin sǐ). Due to that, many numbered product lines skip the “4″. In East Asia, some buildings do not have a 4th floor. (Compare with the Western practice of some buildings not having a 13th floor because 13 is considered unlucky.). In Hong Kong, some high-rise residential buildings omit all floor numbers with “4″, e.g., 4, 14, 24, 34 and all 40–49 floors, in addition to not having a 13th floor.

5. Five (五, pinyin: wǔ, jyutping: ng5) is associated with “not” (Mandarin 無, pinyin wú, and Cantonese 唔). If used for the negative connotation it can become good by using it with a negative. Also, any number of repeated 5s: “五” (wǔ) sounds like an onomatopoeia for crying, and is sometimes used in internet slang to express unhappiness.

WHAT DOES THIS MEAN FOR NUMERIC DOMAINS?

Now you might be thinking – ok, this is interesting, but what are the real life application when buying or selling a numeric domain?

The general guidelines for pricing a numeric domain can be summed up in 8 lucky rules:

Right now we have available one of the “luckiest” domains on the market, 80.com. And, if you are wondering about my US phone number, it contains three 8s as well

Sign up for Giuseppe’s Newsletter for Premium Domains today to stay in touch! 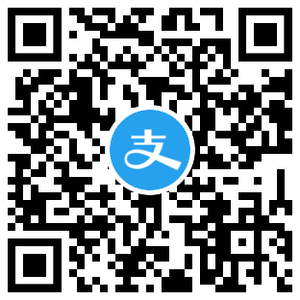 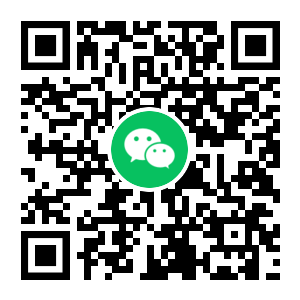